Asking for, and supporting, the big reach

Initially, I was a bit afraid my game structure would push students too far, too fast.  Like many of my preconceptions about inquiry-based and game-based-learning, this proved to be completely unfounded.  In fact, the opposite has been true.  More than once this year, I’ve had to scramble to keep building ahead of the students as one or more progressed through a portion of the material much faster than I expected.

The big takeaway for me has been that I need to ask them to reach further.  In a gamified class, I can build out ahead of time (especially when I’m not building the plane as we fly it).  For next year, I’m planning to build out substantially more material on the advanced side, as well as fleshing out material for the sections that some students breezed through.  In providing more options for any particular section, I hope to encourage people to linger longer on a topic they might otherwise have brushed past; I’m also planning to plant some easter eggs so that if I notice someone brushing by a topic I can drop a hint that they’re missing something and thus help encourage them to linger further.  Similarly, I plan to build the upper end of the class out further than I previously did.  This is related to expanding the points ladder, but is more focused on ensuring there is enough content to keep the rapid players engaged within the game world.  There will also be quests specifically designed to encourage the advanced players to work with their classmates to further everyones’ knowledge of the subject matter (of course, that will only help them, too, but I won’t be telling them that).  These will only open for the advanced students – an elder game of sorts.  I’m working on developing this idea further; if you have ideas or have done something similar I’d love to hear about it in the comments. 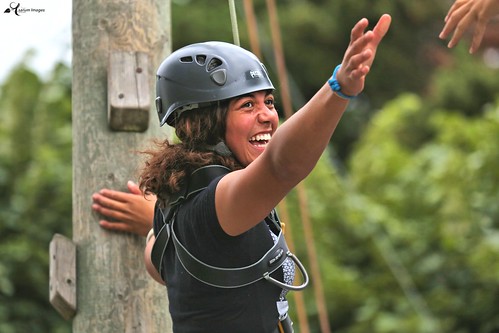 On the opposite side, I’ve discovered that a bit more scaffolding when I do ask for a big reach will be helpful, too. The second-to-last project has been a fairly large one, with very minimal scaffolding for them to base it on.  I just provided a description and a minimal rubric.  My thought was that this would give them the widest scope within which to imagine their project and build it, which would lead to better engagement due to ownership.  Unfortunately, my students do not have much experience with a wide-open field, and so floundered a bit, especially at the beginning, with that freedom.  Next year I plan to offer the same wide open field, but have an “I’m not sure what to do next” button that will lead to more specific scaffolding to guide those students that need a bit more structure within which to build their project.